Thank you everyone for your wonderful support of our small Charity during 2018, a year which has been quite tough.
We started off 2018 as we often start a new year, protesting to the Chinese Government in London, about the dog meat trade.  After that we vowed to carry on with helping Mr Zhao at our partner shelter in China, where 350 + dogs  and cats rescued from the meat trade reside.
In Spring 2018,Mr Zhao informed us that the shelter was not safe, that the Beijing Authorities wanted to shut all shelters down, to ‘clean up’ the area.  This hit us hard since  we had all worked night and day to get the first shelter up and running. We knew we had to act fast despite this devastating blow. Sure enough, a couple of months later in May 2018, the shelter was knocked down by wrecking balls. We ran an appeal on our page and your kind donations helped Mr Zhao secure a new base for all 350 + of our dogs and cats. The new site was run down, barren and stark and even now there are no roofs on some of the pens, but at least it is a  home and it is secure.
We want to thank all those that have fundraised and donated to us, sponsored the dogs. taken part in events, shared our posts and sent us lovely messages. We use 6000 kilo of dog food a month and your help has kept our rescues fed. We just could not have done this without you. This year some people have gone the extra mile in their fund raising, from climbing Ben Nevis Mountain, to driving to Italy to take part in a banger race.  We are so grateful for all you have done to help the dogs!
In May 2018, we got the news we had been waiting for.The United Nations accepted and welcomed our Charity to become Special UN Consultants on the dog meat trade. We are the first people to bring the issue of dog meat and cat meat to the UN and we hope to push the subject further up their agenda. As the UN work in implementing their 17 Sustainable Development Goals, which include animal welfare, civil society and health, we hope to continue demonstrating the links between eating dog meat and human rabies, as well as civil society issues.
In Summer of 2018, during the World Animal Health Organization Animal Welfare Conference in Paris, we had a small team of demonstrators along with our CEO and campaign dogs, sharing our banners and leaflets and message to many of the global delegates. This resulted in OIE Officials inviting our CEO to meet with Chinese delegates, which will be arranged next year.
At the end of summer 2018, we heard the great news that the President of Taiwan had now set very high penalties for anyone who ate dogs or cats.  Although Taiwanese people do not eat dogs and cats, our issue was with the Vietnamese labourers who went over there to work. Several Taiwanese people approached us previously about this. Earlier that year we sent evidence to and had correspondence with the Taiwanese President who said she would put an end to it. When we saw how high the new penalties now were in Taiwan, we felt sure the other Asian countries would hear about this.  Sure enough, soon afterwards the Vietnamese authorities made a statement that Hanoi was to become a dog meat free city.
We continued to work with and support the grass roots campaigns of South Korean protest group CCSOGAN, and they, along with other pressure groups, are making good headway with Korean politicians.
Indonesia too, made statements that they would ban dog and cat meat, and we thank Animal Friends Manado who we work with, and other pressure groups in Indonesia for their continued work in 2018.
In the autumn of 2018, terrible news came from our shelter in China, Mr Zhao reported that half the dogs had come down with distemper. Again, the wonderful supporters on our page came to help, with generous donations, which we were able to send to Mr Zhao for urgent medical care. Mr Zhao got through this as he always does, and he couldn’t do it without you.
Just when we thought things could calm down we heard the terrible tale of 4,000 dogs from South Asia, being sent over to Egypt. Social media was in meltdown with concerned citizens from across the globe including many Egyptian animal lovers. We forged good connections with them, and they assisted us with our global petition – sharing it locally, and giving us names and addresses of officials.We were able to send in a petition with 70,000 to the Egyptian Authorities, as well as a report, highlighting how dogs and cats are treated in the meat trade.
As this year draws to a close we want to thank you all for your continued support for our small charity, for Mr Zhao and the shelter dogs and for all the dogs and cats in the meat trade, who we will not stop fighting for. When we send in reports to the UN and the World Animal Health Organization regarding the plight of dogs and cats in the South Asian Meat Trade, we are also sure not to forget the plight of all animals in China.
We wish you a peaceful and Happy New Year 2019 and pay tribute to our campaign dog Apache and all your furries who passed over the rainbow bridge.  We look forward to carrying on together, to put the world to rights and to never give up ! Together we created a global movement.
#NoActionTooSmall #NoToDogMeat 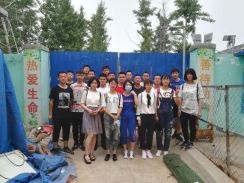 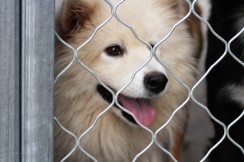 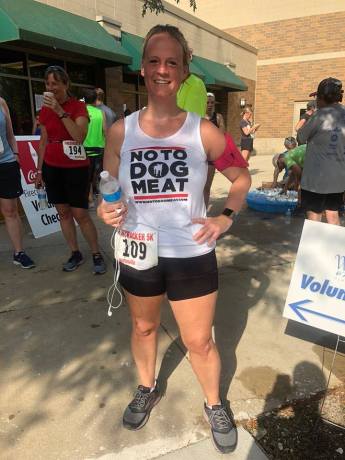 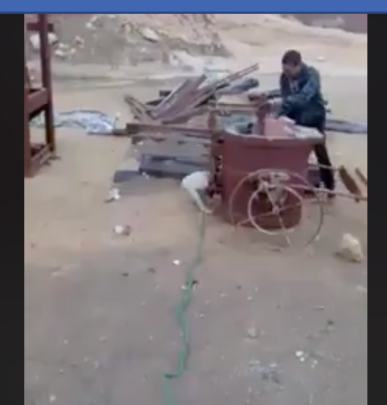 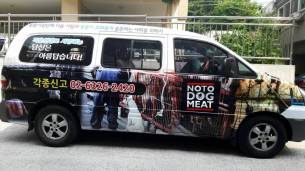 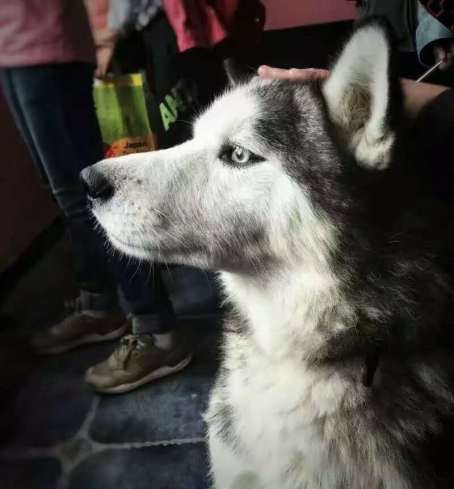 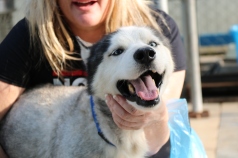 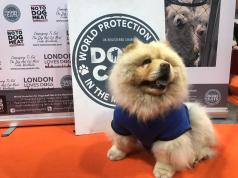 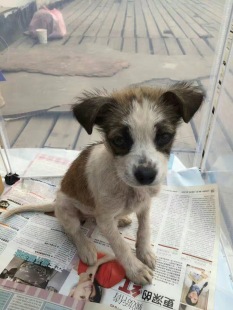 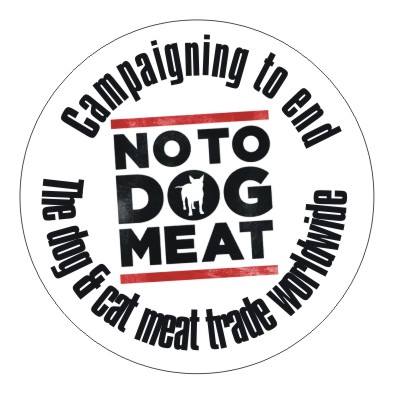 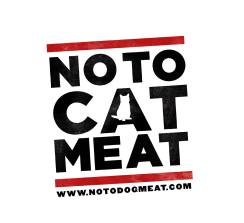 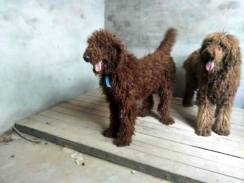 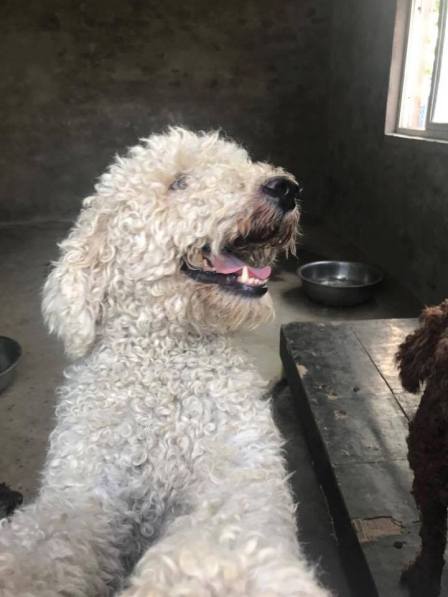 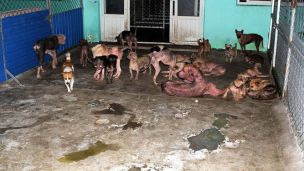 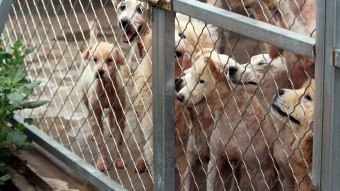 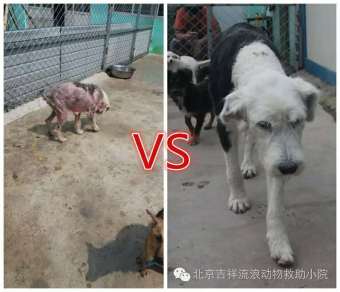 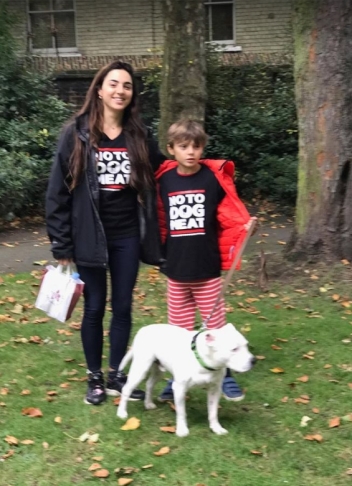 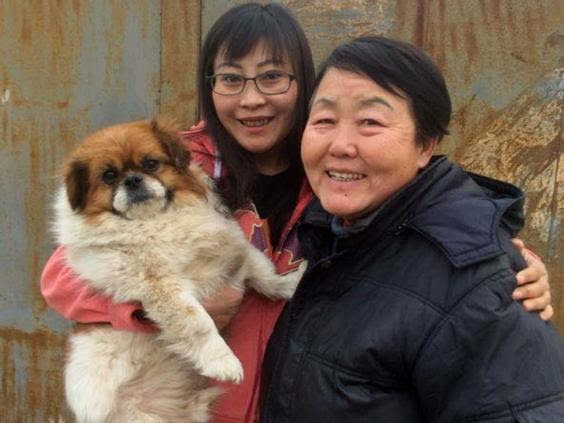